Parents are taking the “chip off the old block” concept to new extremes with the latest fashion trend: wearing the same clothes as the children. The practice has made its way to the high street after celebrities including Kim Kardashian and Victoria Beckham were photographed in the same outfits as their offspring.

Primark experienced a surge in sales of its matching adult and mini-me clothes after Beyoncé shared an image of herself wearing the same Gucci dress as her six-year-old daughter Blue Ivy. While the singer’s choice cost about £3,000, Primark’s options are a more modest £30; one of its most popular items is an all-generations denim jacket. Next has matching nightwear for men, women and children, while Matalan has faux-fur-lined parkas at £24 for children and £45 for adults.

The online fashion site Tootsa MacGinty, which made its name designing unisex collections for children, has introduced adult woollen versions of its most popular children’s animal jumpers, priced at £72 and £48 respectively. “We’d heard, ‘Oh! if only that came in my size’ once too often and decided to answer your plea,” it tells customers on its website.

At the other end of the end of the spectrum the designer labels Gucci, Charlotte Olympia and Balmain are just a handful of brands that have a kidswear offering based on their adult collections.

Beyoncé is one of many celebrities to endorse sartorial solidarity with their offspring. The American model and TV presenter Chrissy Teigen and the designer Victoria Beckham (who have 44.3 million people following on Instagram between them) have twinned with their daughters to similar effect. After Teigen posted a photo of herself and Luna wearing matching avocado-print onesies, searches for avocado print increased by 35% in the following 72 hours, according to the search platform Lyst. 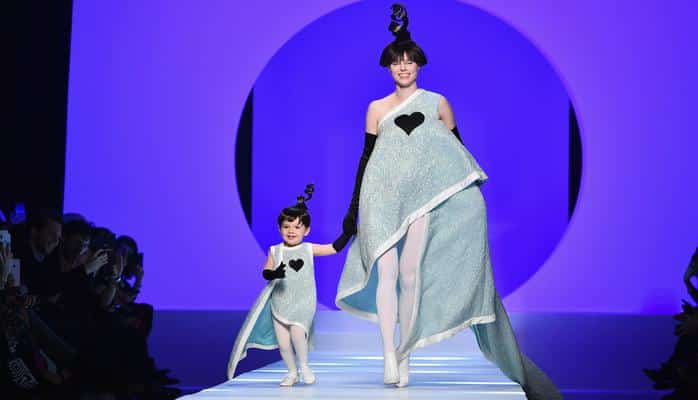