When Phillip Witcomb met his father “for a chat” in Madrid in 1989, he had no idea just how much his world was about to be turned upside down.

Phillip, then 24, had always known the couple he called mum and dad had adopted him as a baby in Colombia, but the identity of his biological father had always remained a secret.

That was about to change.

Phillip’s father Patrick calmly informed him that he was in fact the eldest son of the world’s most notorious drug lord, Pablo Escobar.

And, as such, he was also technically the unwitting heir to an empire of unimaginable wealth, power and violence.

The evidence was laid in front of him, in black and white.

To be honest I hadn’t really heard of him – we didn’t have the internet in those days, the only things I knew was whatever was in my local paper, or what I saw on TV.

We weren’t international citizens of the world, we simply didn’t have access to the media like we do now.

I don’t think anyone over here really knew who he was back then.

And as he spoke I just thought – Wow! What? Incredible.”

Phillip was born in 1965 and was the product of a brief and, in his words, “non-consensual” encounter between a 16-year-old Escobar and Maria Luisa Sendoya, who was just 14. 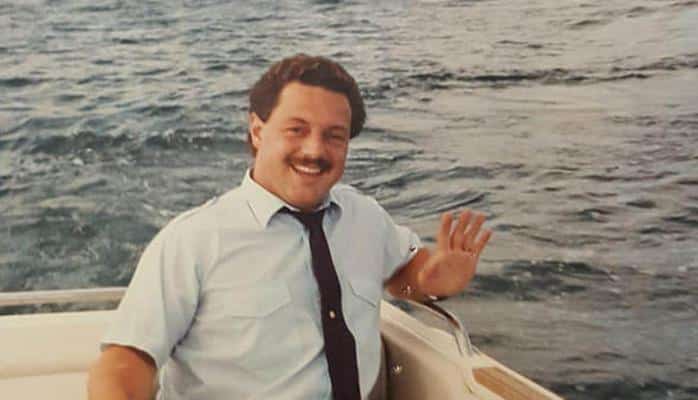 The birth was kept quiet and Phillip was baptised Roberto Sendoya Escobar and placed in a Bogota orphanage.

Weeks later he was adopted by English couple Patrick and Joan Witcomb.

While Pablo’s subsequent history has been well-documented – as leader of Colombia’s infamous Medellin Cartel he controlled the world’s cocaine trade in the 1980s, amassing an estimated fortune of $25billion and heading a reign of terror that saw the country become the murder capital of the world, with some 25,000 violent deaths a year – the fate of Maria Sendoya remains less well-known.

Phillip has subsequently tried to track down what became of his mother, but with little success, something he says still affects him today.

“Dad told me she died,” he says simply.

“She was only 14 when she had me. What can you say? It couldn’t have been consensual if she was that age. It’s quite difficult to deal with.”

For nine years after Phillip’s adoption, his new family lived in Bogota without incident. But as Pablo Escobar began his brutal and meteoric rise to power in the mid-1970s, Patrick sensed the danger young Phillip might be in, and sent him to boarding school in England.

“I can now see that throughout my childhood he’d kept a lot of stuff from me to try to normalise my life as much as possible,” says Phillip.

“I’d grown up with bodyguards in Colombia.

It was only at that point I put two and two together and realised why.

The fact that he was born illegitimate and had since been adopted was irrelevant: Phillip was still the eldest son of Pablo Escobar.

And that made him an asset to some… and a threat to others.

I remember guards coming to the house, 24-hour security.” Patrick Witcomb knew better than most about the kind of threat Escobar posed.

He had been sent to Bogota as a security expert to oversee the country’s first armoured-car service, as well as the printing works for the national currency.

Both enterprises had been instigated by Don Gregorio Bautista and Carlos Escobar, who were not only connected to the highest levels of Colombian government, but were also linked to Pablo’s family outfit.

After leaving Colombia, for 14 years it seemed Phillip was safe. 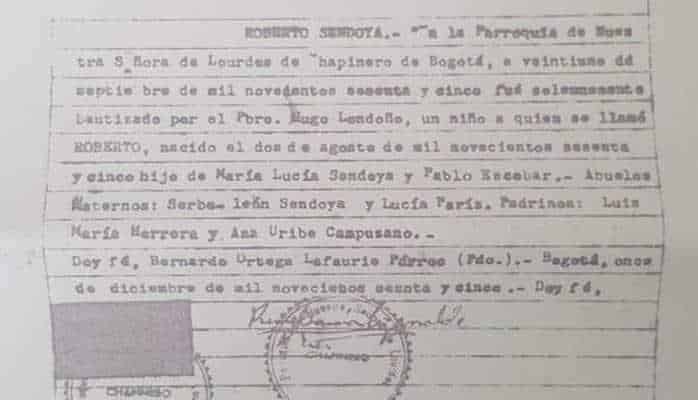 The evidence was laid in front of him, in black and white. (Image: NC)

After boarding first at St Hugh’s prep school in Oxford, then Lucton School in Hereford, he later found work in Spain designing golf courses on the Costa del Sol, all in blissful ignorance of his true birthright.

But then, in 1989 came the chat with his adoptive father. The timing of the revelation was no accident.

Back in Colombia Escobar’s operation had reached the height of its murderous power with his cartel controlling 80 per cent of the global cocaine market.

But with that power came enemies, on both sides of the law. “At that time Pablo had started to get out of control and in serious trouble with the authorities in Colombia,” explains Phillip, 53.

“When he was in charge of his life and in control of things in the 1980s, no one would cross him, so anyone related to him or associated with him was inevitably safe.

That began to change. I didn’t know I was his son, of course, but that wasn’t the point My adoptive father knew who I was. My dad had been doing business with these people so he was more than aware what they were capable of.” Patrick’s summit with his adopted son was no mere clear the air chat: it was a warning.

“He cautioned me then that as Pablo Escobar’s son there could be problems and that I should have my own personal security. People were beginning to come after anyone who was related to Pablo.

In those days there was nothing to stop someone getting on a plane, going to sort someone out and then slipping away again.” It was not only Escobar’s enemies that Phillip suddenly had to contend with.

“I was contacted in Spain by people from Colombia and asked to help ‘facilitate’ certain things,” he says, though he won’t go into further detail.

“And of course I said no, and that put me in a bit of a tricky situation. “You have to see it from their point of view. There I am, the son of Pablo Escobar, manoeuvred out of Colombia but in a situation where I’m able to run an operation for the family embedded in Europe.

But then I tell them I don’t want to know. So that’s a bit of an issue.” Phillip followed his father’s advice, and contracted a team of full-time security guards, concerned, not only for his own safety, but for the welfare of wife Sue and their two children, Jonathan, then three, and Anna, then just one.

Perhaps thankfully for all concerned, history overtook Escobar before Phillip found himself in any serious trouble.

In 1993 the drugs lord was gunned down by the police in Medellin and in the ensuing fallout the big players in the cartel were all jailed or else killed themselves.

Now Phillip lives in Mallorca, where he works as an artist. 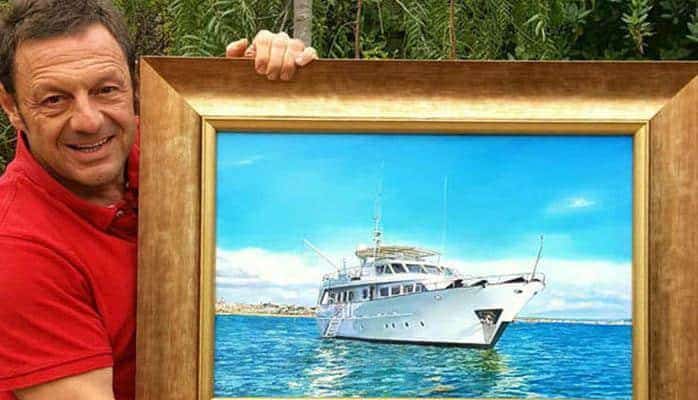 Phillip lives in Mallorca, where he works as an artist. (Image: NC)

But he has spent the past two decades researching the history that for nearly half his life he didn’t realise was even his and is now writing a book about his experiences.

He has also been contacted by one of Pablo’s legitimate sons, though he remains circumspect about pursuing that relationship. Does he fear repercussions, even now, 25 years after Pablo Escobar’s death? He pauses a moment before answering.

“My motivation for writing the book is simply that emotionally, I’ve got to get this all out,” he says.

“It’s driving me mad. I’ve been living with this for 30 years, I need to get it out.” Despite the fact his real father is long gone, some habits die hard.

Phillip still keeps a gun in the house. “Of course there are potential problems going public like this,” he says.

“On the one hand those from the old days don’t have any real power any more. But on the other, I am the first born son of Pablo Escobar! “It’s blood, it’s family, that’s the way it works down there.

That’s the reality of Escobar’s life.”