Iranian women were allowed to attend a major soccer match in Tehran Saturday, in what is being seen as a possible step toward the country ending its longstanding ban on female fans at men’s sporting events.

Hundreds of women were in the stands for the Asian Champions League final between Persepolis FC and Japan’s Kashima Antlers at Tehran’s Azadi stadium.

Most of the women in attendance were relatives of players or athletes themselves, according to reports.

Women have been barred from attending soccer games and some other sports events since the 1979 Islamic Revolution, with officials saying they must be protected from the “vulgar atmosphere.”

Persepolis failed to overcome a 2-0 deficit against Kashima Antlers in the scoreless home leg of the championship, losing 2-0 on aggregate.

Iranian journalist Elaheh Hamidikia posted video of the women entering the stadium. She said on Twitter that 500 women were allowed to watch the game in a special area of the Tehran stadium, which hosted some 100,000 fan in total, according to reports.

Gianni Infantino, the president of the international soccer federation FIFA, who was at the game, said 1,000 women were allowed to attend, calling it “a real breakthrough.”

“This was an important and major first step in the right direction and I am convinced that through continued dialogue, further progress will be achieved in the near future,” Infantino wrote in a statement. He said Iranian President Hassan Rouhani had told him before the game he would allow the women in, after negotiations on the matter.

Last month, some 100 women were allowed to watch a friendly soccer match between Iran and Bolivia.

But in March, 35 women were arrested trying to watch a match between Perepolis and Esteqlal, where Infantino was present.

A month later, a small group of women drew praise after sneaking into a game between Persepolis and Sepidrood Rasht by dressing as men. 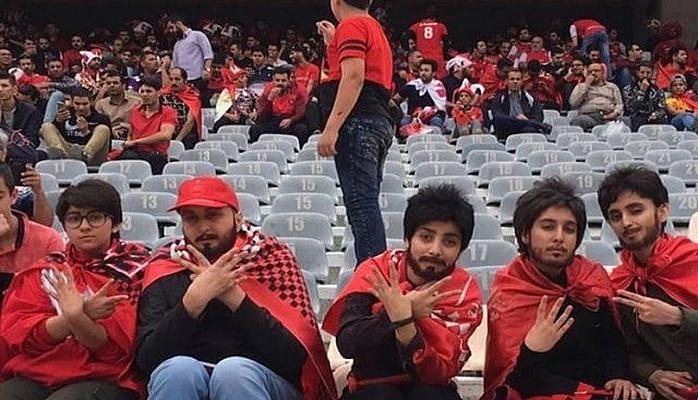 Ahead of Saturday’s match, representatives from OpenStadiums, an Iranian group that pushes for Iranian women to be allowed to watch matches, handed FIFA officials a petition signed by 200,000 people calling for more inclusion, according to Reuters.

But the group expressed concerns that the move by Iranian authorities may have been a one-off.

“Do they let women attend next matches or not,” the group tweeted. “What gonna be their excuses?! We’ll wait and see.” 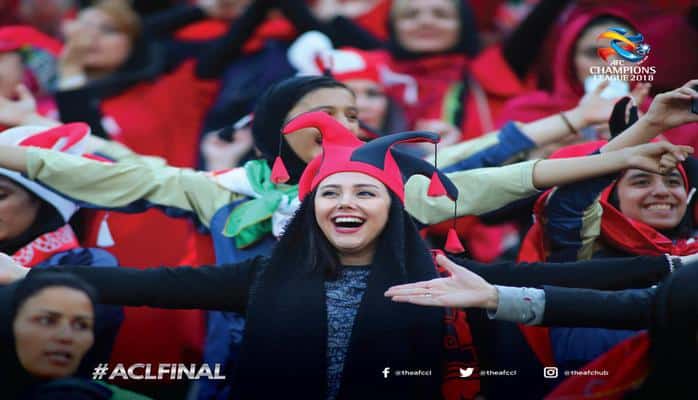 Iran has disregarded previous pleas from soccer’s international governing body to open its stadiums to women. Infantino’s predecessor, Sepp Blatter, used stronger language in 2015 to express frustration at the lack of progress, calling on the Iranian authorities to “open the nation’s football stadiums to women.”