JLR is offering five versions of its classic-looking system, including one touchscreen model.

Owning a classic car is a wonderful experience, but if you like the idea of having modern infotainment, you've traditionally been stuck with some kind of hideous, too-bright aftermarket stereo thing. That's just not going to work with most classics. Jaguar Land Rover Classic has you covered though, so that you can whip your XJ C or Range Rover Classic without looking like a dork.

Being as invested in its history as JLR is, it understands that having just one classic infotainment design isn't going to cut it either, so it's offering five, each with aesthetics to suit its intended era and brand. Jags get chrome or black fascias, while Landys get brushed aluminum or black anodized aluminum. There's also a touchscreen model, which is cool, but probably not that easy to use given the unit's single DIN size. 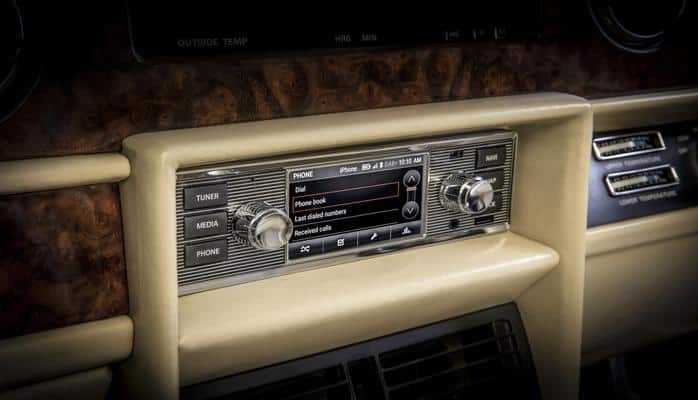 The classic-looking infotainment units from Jaguar Land Rover Classic aren't cheap, but are a much better option than tossing in a modern stereo.

These units aren't cheap, with prices starting at almost $1,800, but because these head units are compatible with "negative earth" electrical systems (aka the reason why so many Americans let the smoke out of their classic British sports cars), you don't have a lot of other options. You also get modern audio processing, navigation and Bluetooth compatibility. The unit is rated at 4x 45 watts, which should be plenty to power your antique's speakers.

If you want in on this modern-retro stereo goodness, you can procure one of these units through your friendly local Jaguar dealer, or you can snag it through the Jaguar Classic Parts website. 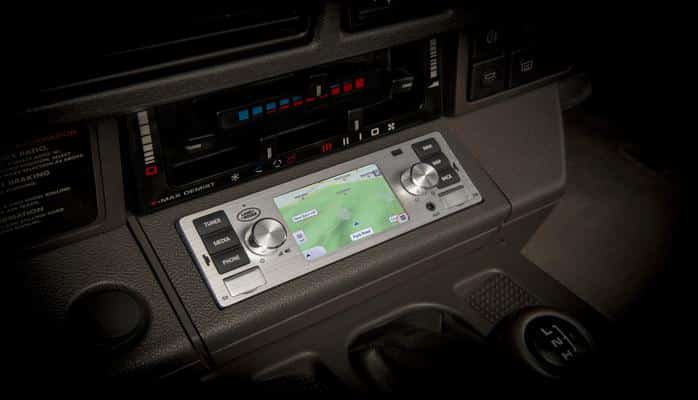 JLR even has you covered with a suitably '80s looking unit for your Range Rover Classic.