Although Kanye West didn't get that billion dollars from Mark Zuckerberg he asked for back in 2016, they seem to be alright friends.

On Twitter, West posted a photo of him and the Facebook CEO in the midst of a karaoke session, where the artist said they sang the Backstreet Boys' 1999 classic "I Want It That Way." It's unclear when the photo was taken.

The posting of the photo comes after a bombshell New York Times report on the social network's failings on handling Russian interference, how it chose to appease Republican politicians, and its deflection of criticism.

It's been a weird one for Zuckerberg.

Zuckerberg isn't the only guy in social media hanging out with West, with Twitter's Jack Dorsey invited to the singer's birthday party last year.

There, Kim Kardashian pushed Dorsey on the oft-requested edit button, but we have an inkling that Zuckerberg wouldn't have been in the mood to talk about work if the photo was taken today. 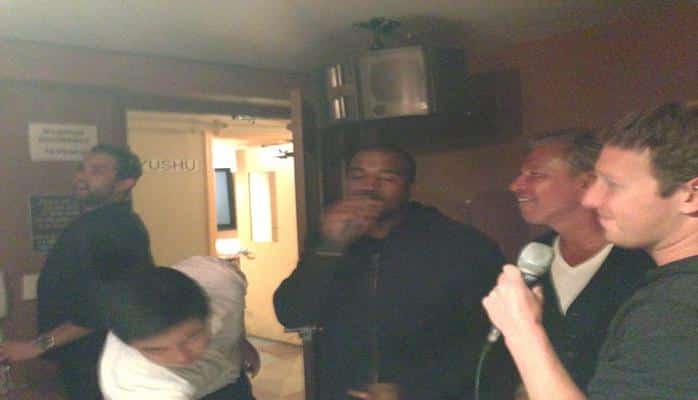