So sick and tired of the Photoshop? Then hold up, sit down -- see Hubble. 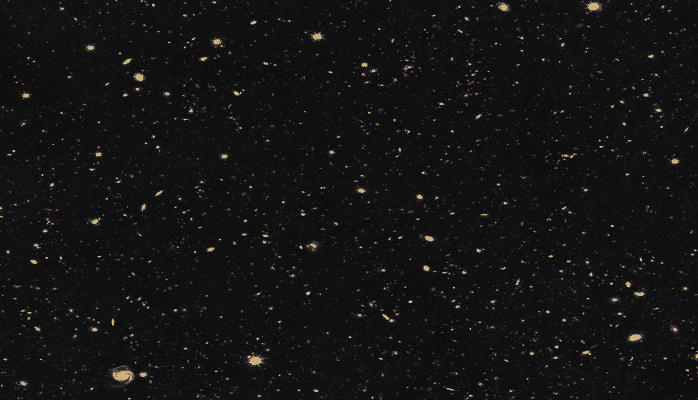 I honestly almost can't believe this is real and it makes me feel so infinitely small.

Look at this. Just look at it. Take your time with it.

This image of the cosmos comes courtesy of NASA's Hubble Space Telescope, using ultraviolet vision to capture one of the most expansive images of galaxies yet. Combining ultraviolet light with infrared and visible-light data from the Space Telescope has allowed astronomers to build this incredible map of the universe's evolutionary history.

NASA calls it, "one of the largest panoramic views of the fire and fury of star birth in the distant universe." Because light from distant galaxies takes so long to reach us, we are able to see through time. This image lets astronomers look back and track stars being born over the last 11 billion years and features some 15,000 galaxies -- and stars are forming in about 80 percent of them.

This isn't the first time Hubble has provided us with a look back in time either, with the Hubble Ultra Violet Ultra Deep Field's release in 2014. The image above shows an area 14 times larger than its 2014 counterpart.