The anniversary Eurasian Culture Week was held in London

True to our good old tradition, from October 1-15, 2021 was held the Eurasian Culture Week in London. The ECW festival, organized by the Eurasian Creative Guild (London), has become a meeting place for writers, poets, artists, filmmakers, musicians and other representatives of contemporary art for the fifth time.

The brightest launch for ECW-2021 was the Women of Eurasia exhibition, which opened on October 1 at the Mercury shopping center (Romford, London). It featured works by the wonderful artists Diana Anpilogova (Ukraine, USA), Margo Yaguda (Great Britain), Elena Fursy (Kazakhstan), Elena Bezrukova (Kazakhstan), Ekaterina Zgurskaya (Russia) and Albina Taipova (Belarus). These beautiful women became participants and winners of various festivals and competitions of ECG (London), and this exhibition became a kind of recognition of their contribution to the art of Eurasia.

In an online format that brought together participants from different parts of the world, on October 2, a creative evening of the Chairman of the ECG (London) Expert Council on Poetry Mikhail Ananov (Georgia) "Poetry Unquenchable Bonfire" took place. The event was moderated by Anatoly Lobov, among the speakers were such authors as Victoria Levin, Irina Sapir and Mikhail Aydinov.

Also on this day, an exhibition of books by Hertfordshire Press and a presentation of the Eurasian Creative Guild (London) at the Royal Asiatic Society was held. The speech of the first chairman of ECG (London), and now a member of the Council of Guardians, British writer and playwright David William Perry, who noted the importance of the Guild's activities for the development of international cultural relations, was symbolic. The presentation of the current projects of the Guild was carried out by the executive director Tajna Kaunis. 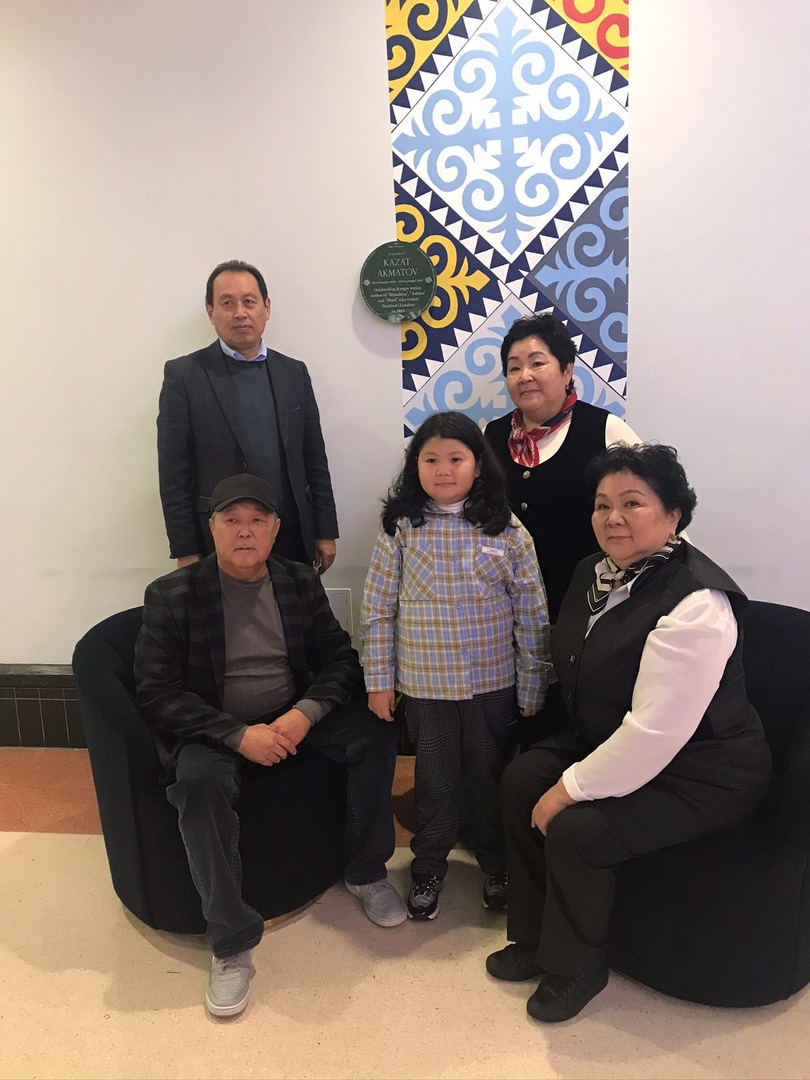 On October 3, the online marathon “Voices of Eurasia” was held - a traditional event, where each participant had the opportunity to read their works and tell about themselves. This important format allows authors to showcase their talent not only to colleagues in the creative workshop, but also to a wide audience, as all speeches are broadcast on social networks. The speakers of the fifth marathon were Nelly Kopeikina, Rosa Red, Keti Kairos, Victoria Levin, Albina Akbarova, Anastasia Kuzmicheva, Yulia Ganetskaya, Emilya Gojayeva, Natalya Timofeeva, Yulia Roskoshnaya, Adam Eyten and other members of the Guild.

The ability to share creativity with readers, including the smallest ones, not only online, but in real life, is also supported by the Guild. Therefore, on October 6, a presentation by the American writer Hope Silver (Nadezhda Serebrennikova) took place at the Cherry kindergarten, where the children speak not only English, but also Russian. Nadezhda, together with her assistant, the hedgehog, presented the book “The Hedgehog Traveling Diary or Where Does Happiness Live?” which was published by Hertfordshire Press (Great Britain) for a grant from the winner of the Open Eurasia-2019 contest. 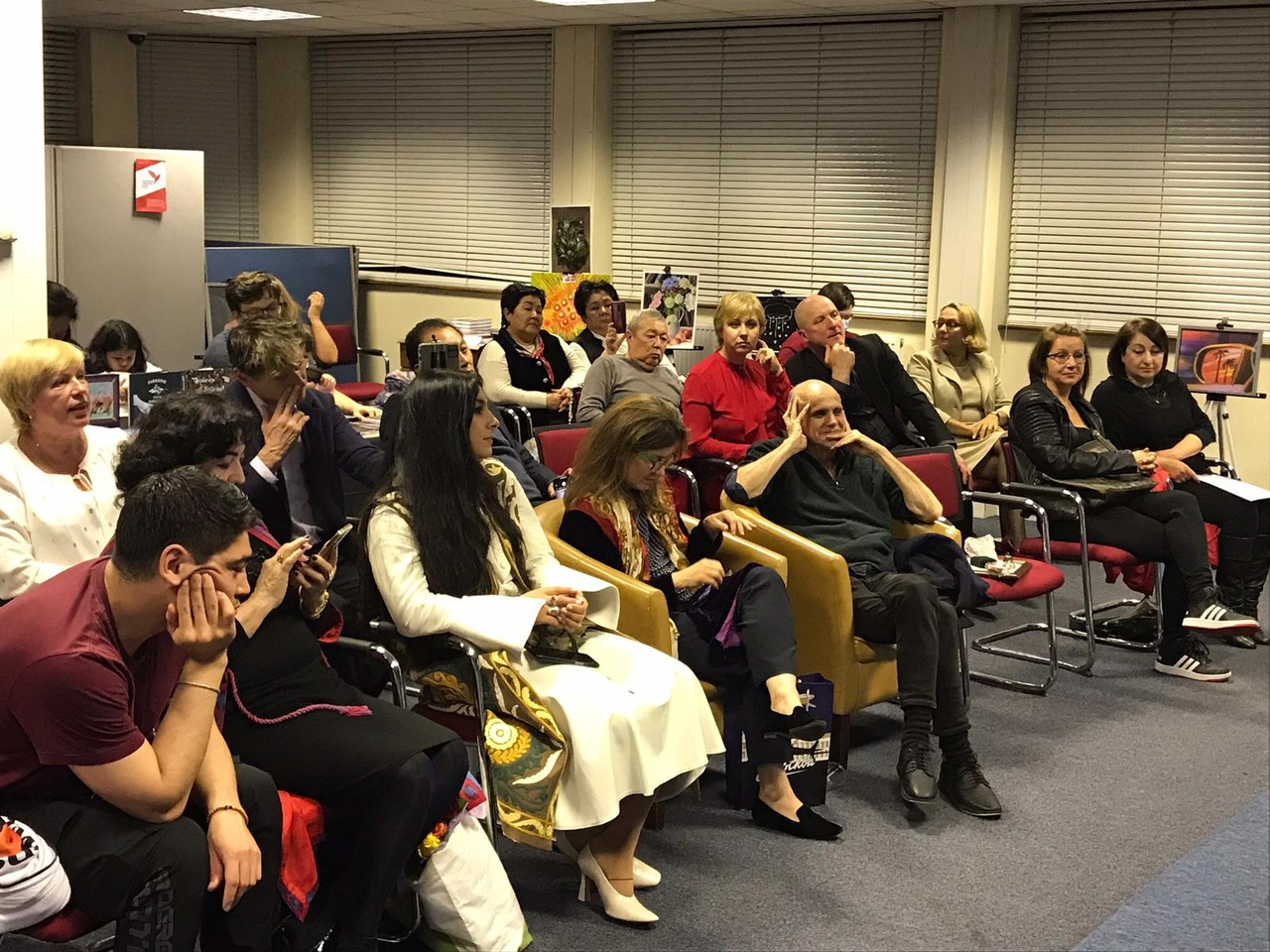 A significant moment of ECW-2021 was the celebration of the legacy of the outstanding Kyrgyz writer Kazat Akmatov. In June 2021, thanks to the work of ECG (London) in promoting the creativity of the authors of the Eurasian region, Kazat Akmatovich was installed a memorial plaque in Romford (London). Due to the pandemic, the writer's family was unable to attend the event. However, on October 8, Akmatov's widow and daughter visited the memorial.

In the evening of the same day was held the Gala-evening of the anniversary ECW festival at the hospitable site of the Turkish Institute of Yunus Emre (London). The evening was solemnly opened by the chairman of ECG (London) John Farndon, who received an award and a commemorative sign from the Eurasian Peoples' Assembly. Further, the director of the festival, Anna Larry, introduced the Hertfordshire Press and its authors. Writers Gulsifat Shahidi (Tajikistan), Aldona Groupas (Great Britain) and Hope Silver (USA)  presented their books published in London. They also shared their successes achieved with the help of the Guild.

In a solemn atmosphere, finalists and winners of the III ECG Film Festival and the IX Open Eurasia Literary Contest, who could not attend the festivals in June due to the pandemic, were able to receive their awards. This is how the award was presented to the winner of the film festival (“Best documentary film”) and the literary contest “Open Eurasia - 2020” (“Best work dedicated to the mountains” - nomination named after Arkady Bezrukov and Aksai Travel) Oksana Zhukova. Igor Yakovlev also received a certificate of the laureate of the literary contest.

The artist Margo Yaguda solemnly handed over her painting to the director of the ECW festival, Anna Larry. The painting will be kept in the fund of the ECG Horizons Burabay Creative Residence. 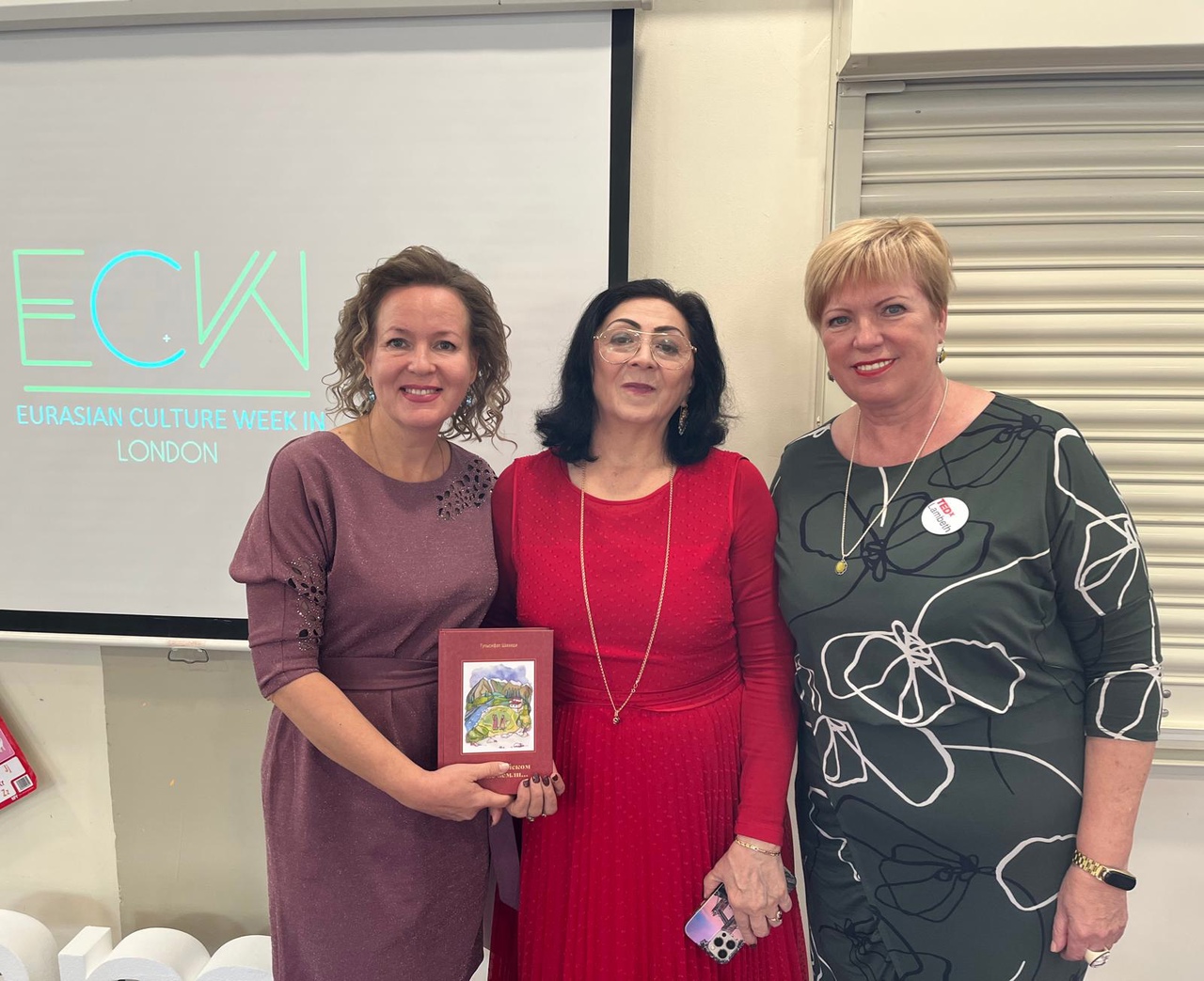 For the first time in London, a presentation of the books by a corporate member of the Guild of the Literary Agency “Large Print” took place. The guests were happy to meet new authors: Ivan Mitryaykin, Olga Chernienko, Oleg Shtelman, Grigory Bystritsky, Boris Alekseev, Leon Smith, Lana Rementsova, Arina Lezhina, Saria Mammadova. And many books by the end of the evening found their owners.

The gala evening became a real celebration thanks to the concert organized with the support of the ORZU Arts theater company (Yuldosh Juraboev). The guests were delighted with their performances by the professor of music Joseph Sanders, the Kazakh dance and song Yokutai Sharapova and the Italian guitarist Gianluigi Sekki.

Participants of the festival: