DG THSI thanked H.E for their honorable presence and felicitated over the recent victory in the territories of Nagorno-Karabakh. DG THSI also appreciated the growing bilateral relations between the two countries. It was highlighted that meanwhile the inter-state bilateral cooperation is increasing among the two brotherly countries, the people-people contacts and non-governmental organizations cooperation is also required to further cement the strengthening relations. Shiraz Shaikh (Special Assistant to DG) also highlighted the potential areas of cooperation among the NGOs of both countries and how interaction and sharing knowledge could benefit the respective governments. The areas of cooperation identified were Food & Health Security, Environmental Security and Nexus between Traditional and Human Security. 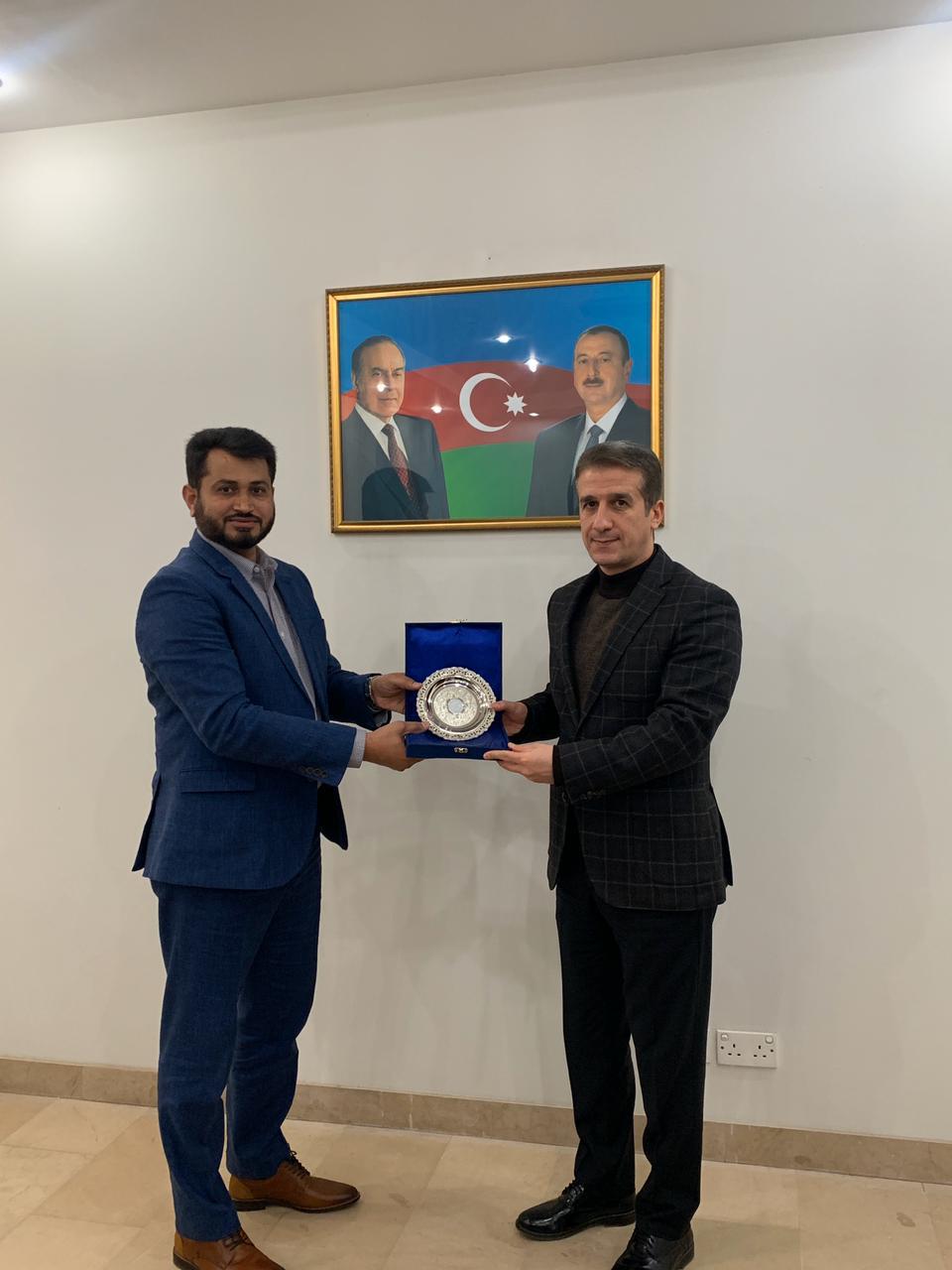 H.E Ali Alizada thanked the delegation for visiting and forwarded his warmest wishes on the success of the institution (THSI), being a dedicated organization working on the subject of human security. H.E also reiterated the support of Pakistan’s stance over Kashmir and highlighted the growing bilateral cooperation among the two brotherly countries. H.E assured DG THSI on the full diplomatic support of initiatives taken by the institution that could help both countries in the field of environmental security and other dimensions of human security. Both sides at the end pledged for continued exchanges and collaboration future.

18 August 2018, 12.57
Chief of the General Staff of the Armed Forces of Azerbaijan left for the Republic of Belarus on an official visit